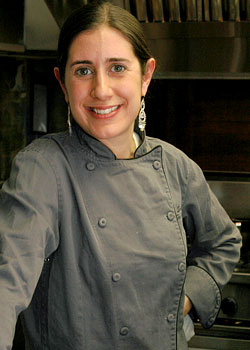 Best known for her outstanding Mexican cuisine, Chef Sue Torres is an expert at combining flavor, color, and texture through her culinary mastery. Her philosophy of cooking strictly with fresh ingredients developed during childhood as she was introduced to fresh basil, cilantro, and vegetables at an early age. Daughter of an Italian mother and Puerto Rican father, Torres' grandparents grew vegetables in their home garden and taught her the basics of preparing meals with organic foods.