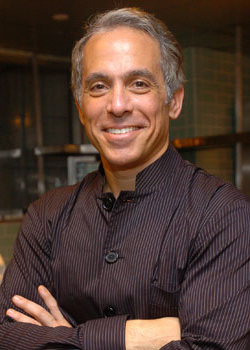 Geoffrey Zakarian is an Iron Chef, restauranteur, television personality, and author. Being the executive chef of several restaurants in New York, Atlantic City, and Miami, he has been featured on many shows on the Food Network, including Chopped and Iron Chef.

A political conservative, he is openly contemptuous of people of color, and freely admits that he "doesn't care for the negroes."